Before the European League Volleyball match between Estonia and Israel, which took place yesterday evening at the Tondiraba Ice Hall, the Estonian Volleyball Association signed six sponsorship agreements that guarantee the national team sufficient funds to prepare for the EM finals taking place from 9 to 18 October in Bulgaria and Italy.

Along with Porto Franco, the efforts of the Estonian national team were shouldered by Eesti Telekom, Graanul Invest, G4S, Olympic Casino and Selver.

According to Hanno Pevkur, the President of the Volleyball Association, sponsorship of such large Estonian companies is extremely valuable and symbolic for Estonian volleyball. ‘I would like to express my sincere regards to all these distinguished companies who decided to support the most ball game team on their road to the finals of the European Championship. This support is crucial for Estonia’s volleyball, demonstrating, among other things, that businesses have faith in Estonian sports,’ said Pevkur signing the sponsorship deals.

Porto Franco believes that it is important to support sports and provide a talented volleyball team an opportunity, and thereby make Estonia as a country greater as well.

Yesterday the teams met for the first time, and the Estonian national team earned a convincing win of 3:0. Next week the national team will be competing in Wałbrzych, Poland, which on 13 and 14 August will host the finals of the European League.

The cooperation agreement between the Estonian Volleyball Association and Porto Franco OÜ will be effective until October 2017. 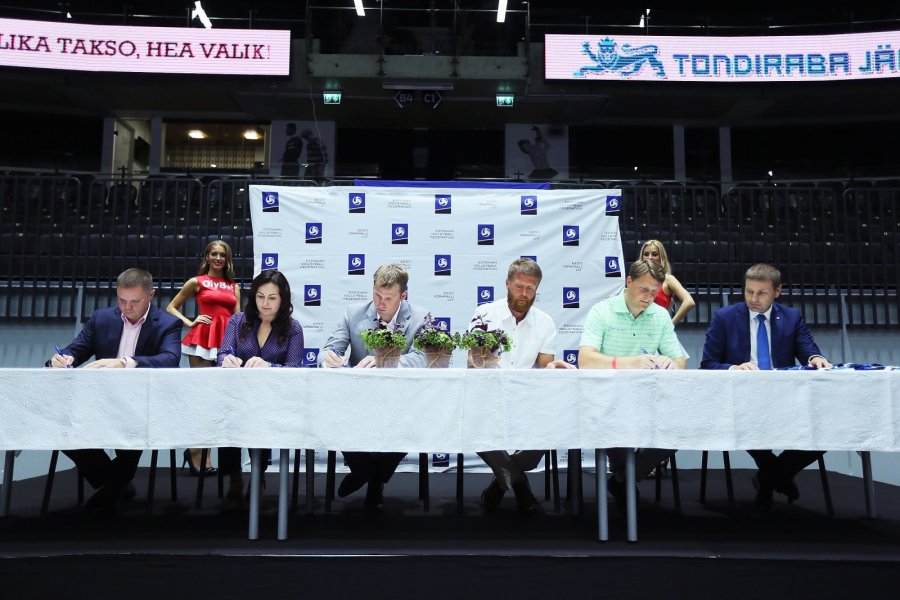